The sound AUM is not to be uttered as Om.

It is a natural happening. It is not something that you do. If you just open your mouth and exhale, it will become “AAHH.” As you close your mouth, it slowly becomes “OOH”, and when you close it, it becomes “MMM.”

“AAHH,” “OOH,” and “MAA” are known as the fundamental sounds of existence. If you utter these 3 sounds together, what do you get? “AUM.” So we say “AUM” is the most fundamental mantra.

Repeating a mantra with the right kind of awareness has always been the basic type of sadhana in most of the spiritual paths in the world. Most people are incapable of rising to the right levels of energy within themselves without the use of a mantra. I find more than ninety percent of the people always need a mantra to activate themselves. Without it, they are not able to sustain themselves.

Direct Meaning of the Mantra

Namah: To Bow
Shivaya: Shiva or inner self

In general, "Namah Shivaya" means I bow down to Shiva. In a way, it means bowing down to yourself as Shiva, which resides in all consciousness.

In exploring the signs, the number five keeps showing up—five toes, fingers, five senses, elements, and so on.

Shiva said to have five activities:  to create, keep up, pulverize, disguise, and effortlessly reveal. This mantra filters our activities and practices tuning them to the purified activities of Shiva of the source. Our five faculties of smelling, tasting, seeing, feeling, and hearing are likewise filtered and refined.

The strength of the Earth, the liquidity of the water, the hotness of fire, the vaporous and imperceptible nature of air, and ultimately ether or the nature of the room. Chanting of the mantra refines and cleans these components or parts of our being.

So the basic mantra, which is held as the Mahamantra in certain cultures, is Aum Namah Shivaya. Aum Namah Shivaya can be practiced in different dimensions. These are known as Panchaksharas; there are five mantras in this.

There are many different dimensions in which we can look at this mantra. Right now, we want to use this mantra as a purificatory process, and at the same time as a foundation, as a base for all meditativeness that we may attain.

Aum Namah Shivaya is not a bad word. You can utter it. The question is just, "Are you ready for it?" It is not about somebody. You’re not calling somebody. You want to dissolve yourself because Shiva is a destroyer. If you call a destroyer and then you’re hoping that he will save you, it’s a mistake, isn’t it?

The Panchakshara literally means "five letters" in Sanskrit and refers to the five holy letters Na, Ma, Śi, Vā, and Ya.

This is a prayer to Lord Shiva and is associated with Shiva's Mantra Aum Namah Shivaya, of which Namah Shivaya is also called the Panchakshari Mantra.

According to Hindu traditions, the human body is considered to be made up of five elements and these holy letters represent these elements.

In this popular Stotra, each of these holy letters is considered as representing Shiva and the Lord is praised for his great qualities. 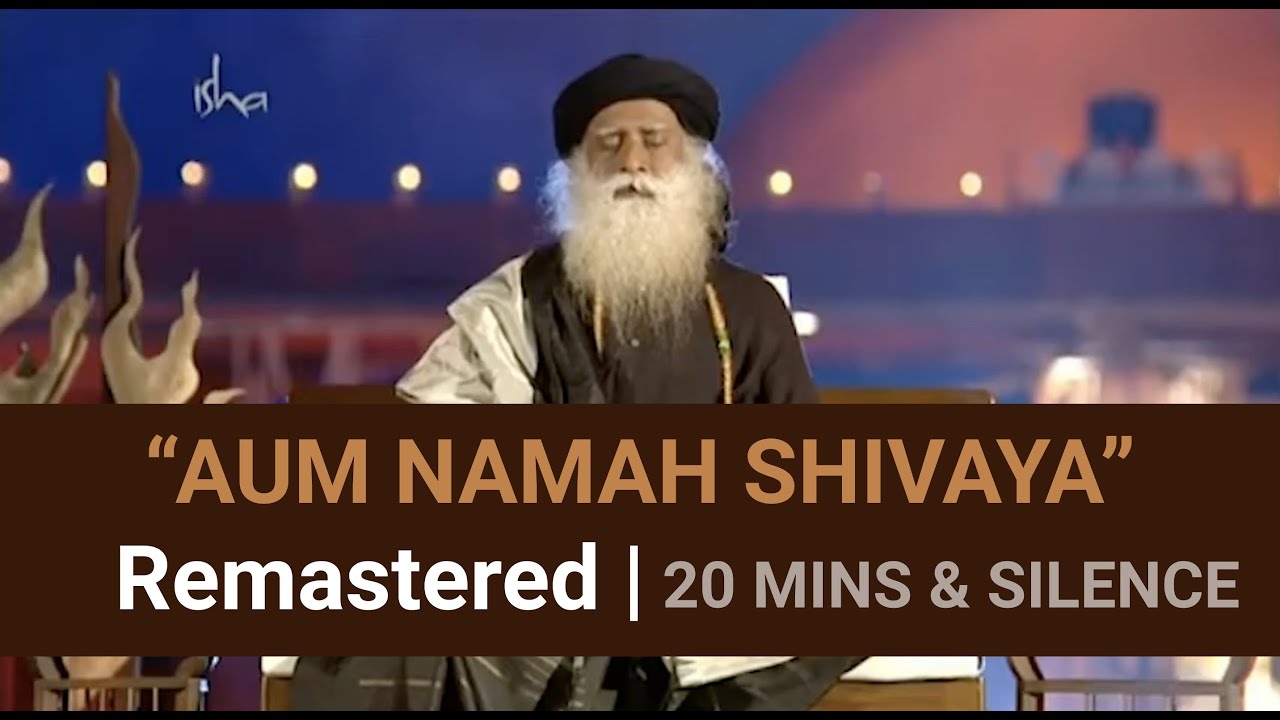